Keep visiting this page for the Latest updates on Counting & Results 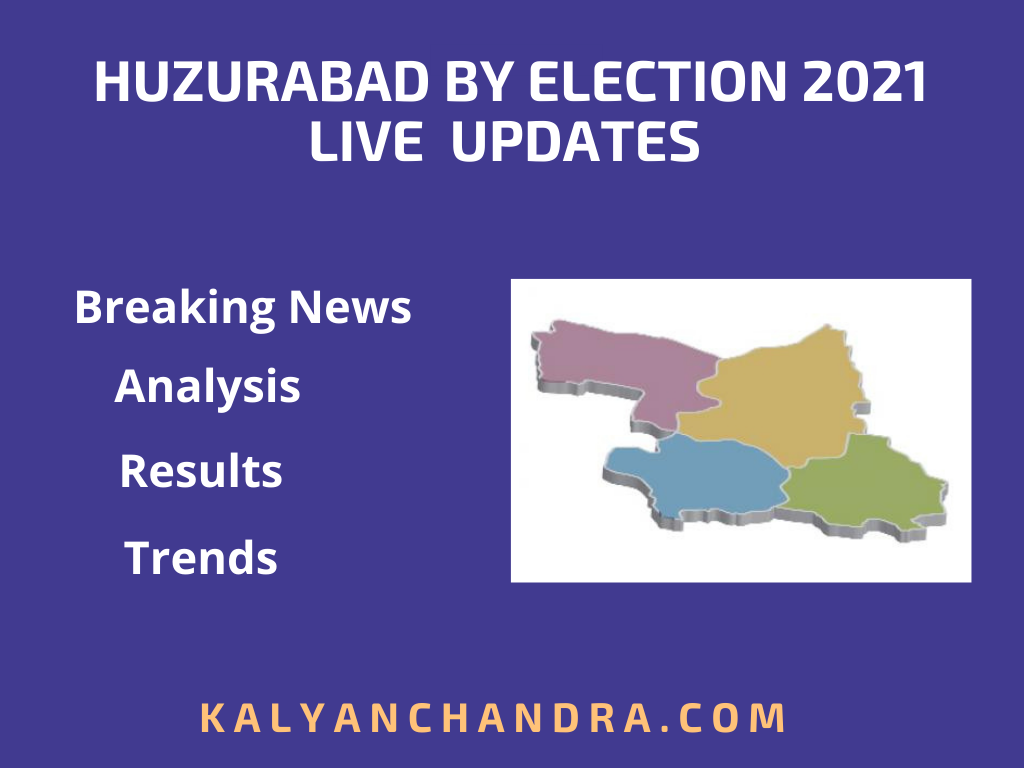 Huzurabad by-election battle turned into a catalyst test in Telangana politics. TRS has been witnessing continuous setbacks from BJP from the 2019 MP elections, Dubbak Bypoll & GHMC elections results. If BJP recreates the magic, then it will raise the morale and confidence of the party cadre resulting in the likely elevation of the BJP into the chief opposition party. But, BJP performance in districts like Warangal, Khammam, Nalgonda, and Mahabubnagar district is not good enough. We need to remember, the same thing happened in the 2019 parliament elections resulting in 7 mp seats to BJP & Congress. BJP’s pathetic performance in the Nagarjuna Sagar poll is a perfect instance. Congress has a stronghold over BJP in those areas.

BJP elevation will not cause a triangular fight across the state, due to Congress & BJP’s limitations, causing much damage to TRS. Real threats of the TRS party are anti-incumbency and swing-voters between BJP and Congress.