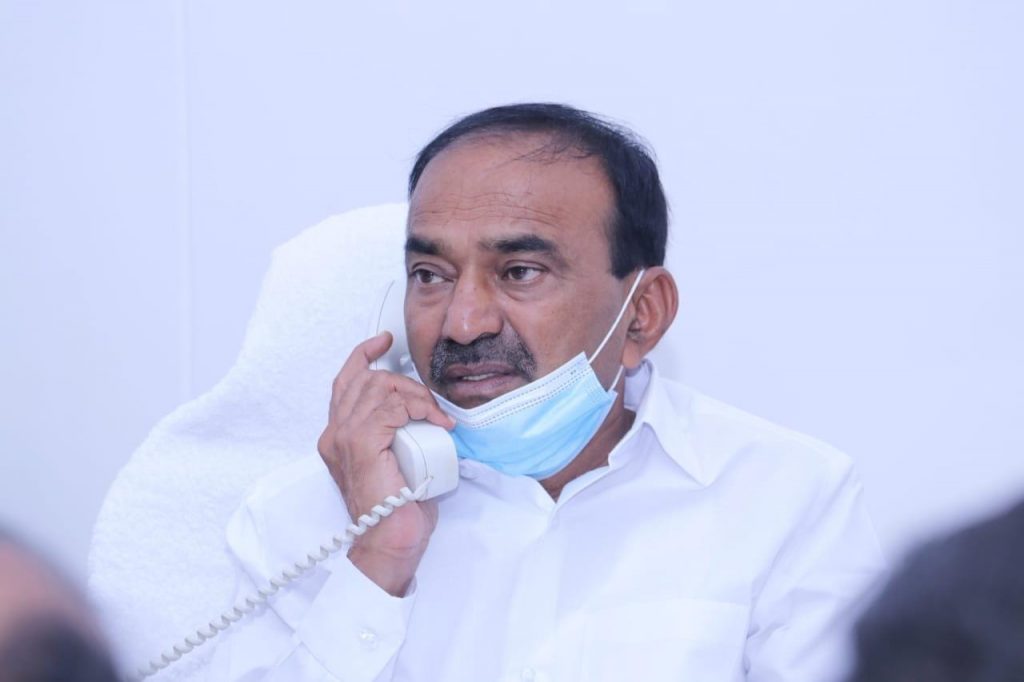 Former Telangana Health Minister Etela Rajender Friday resigned MLA from Telangana Rashtra Samithi, thereby ending his 19 years of association with Telangana both from the party and state legislature. Rajender, who represents the Huzurabad constituency, was one of the senior leaders of the ruling TRS
Rajender sacked and dropped from the Cabinet on May 1 over allegations of land grabbing said that he was unfairly targeted by the party.

“Based on an anonymous letter, an inquiry was started and I was removed as a minister within a few hours. Even before the inquiry was over, I was dropped from the Cabinet. There were baseless allegations. Without even informing me or giving me a chance to explain and debunk the allegations, I was removed,’’ Rajender said.

“I wanted to submit the resignation letter directly to the Speaker. But I could not meet him. So under the circumstances, I had to hand over my resignation to the Assembly Secretary,” he said. Before submitting his resignation letter, Rajender told reporters though many of his well-wishers advised him against quitting, he was doing so for the sake of the self-esteem of the people of his constituency and Telangana. According to sources close to Rajender, he is set to join the BJP on June 14 in the presence of party president JP Nadda in the national capital. Apart from Rajender, a few TRS leaders are also set to join the saffron party.